CRYPTOCURRENCIES – THE FUTURE OF GLOBAL ECONOMICS 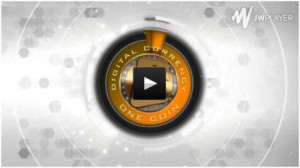 Cryptocurrency – soon to rule the world

We hear it every day – free markets, global trade, unlimited opportunities, digital trading; we are getting more and more involved in the interconnected digital world. New circumstances require new methods – the appearance of cryptocurrency less than 10 years ago might have seemed as one of those impossible, crazy ideas, but today there are more than 200 digital currencies in existence and their number is growing.

Each of us knows the story of a person, who got famous for seizing that strange, unthinkable, absolutely mad idea back then, which afterwards changed the world completely and put him on top of the world. Ideas are constantly changing; people who dare to take the risk and think outside of the box today, are the leaders of tomorrow.

Technologies offer a vast array of new opportunities, but 90% of them don’t live long enough to see wide publicity. What makes the difference between them and the really successful ideas is the combination of the right timing and the appropriate innovation.

Why the cryptocurrency is the right kind of currency?

Why are we suspicious towards new things? It is humanly intrinsic to be afraid of the unknown. One respects his ancestors’ heritage and rightly so, as these are the tools and means that enabled them to survive. It is only natural to be compelled to follow in the same track. As early as the Middle Ages, man had created a financial system suited to his environment and life conditions. Our ancestors needed middlemen and security, because crossing the seas with goods or money brought risks. The first “bank-notes” were a personal document issued totraveling merchants by bankers at both sides of the ocean, which secured the trading between the Old and the New world. The first bank to begin the permanent issue of banknotes was the Bank of England in 1695. Initially hand-written and issued on deposit or as a loan, they promised to pay the bearer the value of the note on demand. Standardized printed notes ranging from £20 to £1,000 appeared аround 1745. Fully printed notes that didn’t require the name of the payee and the cashier’s signature first appeared in 1855. Nowadays, government-issued banknotes are only abstract exchanging tools. So why do we consider the material papers as trustworthy, but denounce the digital currency as too abstract?

The cryptocurrencies are universal digital currencies, which are used primarily outside existing banking and governmental institutions and are exchanged over the internet. It is a medium used to exchange goods or services just like any other currencies – USD, Euro, Yuan, Peso and others, it only happens to be in digital format. In other words, they have no physical value tied to them.

As we spend more and more time online, it is a natural consequence to transmit all aspects of our life, including economical, online. It is easier, but the process of integration costs more. Today the expenses on bank transactions and revaluation are a growing expense.

The digital currencies circumvent the traditional middle man – the banking system. This ensures cryptocurrencies are free of taxes and charges. The process of creating and trading with cryptocurrencies is transparent and easy to follow. The value of a digital currency is typically determined by supply and demand as traders buy and sell the currency on the public exchanges. All of the miners are in the Internet, the system is created so it doesn’t allow inflation.

Why now is the right moment to start dealing with cryptocurrency

Society has progressed enough to have its own instruments of social and economical interaction. Internet is one such tool. The enormous potential of the worldwide net is yet to reveal its true potential. We are still onlybeginning to accept the idea of virtual connectivity. The trading with digital money is still free and no big monopoles have entered “the game”.

The first cryptocurrency was Bitcoin and it appeared in 2009, less than 6 years ago. It was created by an anonymous person known as Satoshi Nakamoto and is still the most popular cryptocurrency. It’s also the basis for every other crypto-coin that’s popped up since. Currently, over 350,000 locations accept cryptocurrencies and the market is growing. It is only a matter of time for digital currencies to be welcomed as legal tender by governments, banks and corporations. For example, the computer giant has an online shop, where Bitcoins are accepted. This will lead us to the next evolutionary step of banking and financing. Its universal nature, clear purpose and transparent genesis make it increasingly popular among traders and trustworthy among customers.

It is a revolutionary change that cryptocurrencies are not controlled by any authority. It is us, who rule the trading and the market. Unlike banks and online services, such currencies are decentralized, with no single governing body overseeing and verifying transactions. It is a product of “peer to peer” relation; it is a child of the direct economy, similar to primal, pure economical exchange. Cryptocurrency and its processes of moving money is faster, more efficient, less expensive and more secure than any other means on the planet.

Internet is the tool and we have to educate ourselves. We have to involve and embrace the new. No matter what the change is, the formula is always the same – the brave ones do something unthinkable today, which makes them the leaders of tomorrow. So why not us and why not now?

Aimed at entrepreneurs who recognize a once-in-a-lifetime opportunity, One provides a revolutionary business concept that will bring financial security to those individuals who have the foresight to seize the moment.

When you join One, you join the new generation of internet entrepreneurs that want to participate and profit from cryptocurrency. Our trading academy, marketing tools and back office are second to none. Sign Up Now for FREE with us and receive the Rookie package.

The Rookie is a free product package that includes information on OneCoin, invitations to webinars and events, the e-book, ”Think and Grow Rich” and a newsletter regarding the development of OneCoin. The exchange is open for viewing only. This package does not provide a business profile however it will provide access to the backoffice. By purchasing any of the product packages above the Rookie, a business profile is created and full access is given to the backoffice, OneAcademy, Exchange and all marketing tools.